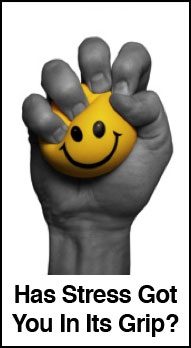 You see, I don’t believe that stress is bad or that you can get rid of stress. Stress can help you to focus, to exceed your own expectations – it can be a push to improve your life.

Stress is a sign of life and you can’t get rid of it, but Qigong is a powerful tool that can help you to avoid being overwhelmed by it.

There is no denying the fact that the world is experiencing a number of major challenges – economic, environmental and ecological.

The result is that an increasing number of us find ourselves having to manage elevated levels of stress on a daily basis. How many of us have been directly affected by the death of a friend or loved one, work overload, legal problems, relationship concerns, increased worries about job security, or being able to meet financial commitments and manage debt?

I first became aware of the harmful effects of stress many years ago when I was training for my advanced diploma in counselling. Stress is like a runaway train bearing down on you – if you can’t step out of its way, the results can be devastating – not only to you and your health but to your family and friends as well.

George Chrousos, M.D., of the National Institute of Child Health and Development has studied stress and describes the problem this way:

“A threat to your life or safety that triggers a primal, physical response from the body, leaving you breathless, heart pounding and mind racing [sic].

From deep within your brain, a chemical signal speeds stress hormones through the blood stream, priming your body to be alert and escape from danger. Concentration becomes more focused, reactions become faster and strength and
agility increase.

When the stressful situation ends, hormonal signals switch off the stress response and your body returns to normal.”

You’ll recognise this as the ‘Fight or Flight’ syndrome that our ancient ancestors used in potentially life threatening situations. When an ancestor heard the roar and the rushing of another animal through the bushes towards him, stress hormones filled his body and he was ready to fight to the death or do whatever was necessary to escape the threat on his life.

Compare this with a situation one might face today: your boss announces to you that your performance is not up to scratch, or that the company needs to streamline and you’re in the firing line. What happens?

As the stress hormones fill your body, do you leap over your boss’s desk and tear him limb from limb? Do you run out of the office, leap out of the first floor window and keep going until you reach safety?

No, you stand there and take it and the powerfully toxic ‘stress cocktail’ doesn’t get used up.

Many of us constantly stress about financial problems, personal relationships, job performance and the future.

These are not life or death events that need to be dealt with right now. But they still evoke the same stress response that George Chrousos mentions above.

The result is that the hormonal signals that turn off the stress response never arrive and the toxic stress cocktail stays in our bloodstream, tissues and organs.

Here are some of the negative affects that this creates:

Stress related emotional problems are even worse. Chronic stress can result in melancholic depression – because the fight or flight mechanism doesn’t switch off, the result is constant anxiety and over-reaction to stimulation.

Hallmarks of this form of depression are anxiety, loss of appetite, loss of sex drive, rapid heartbeat, high blood pressure, and high cholesterol and triglyceride levels.

While anxiety is a normal reaction to stress, constant and repeated exposure can result in difficulty controlling it:

A recent study showed that chronic pain (often related to stress) is experienced by 100 million Americans, at a cost of around $600 billion a year in medical treatments and lost productivity – according to a report from the Institute of Medicine (IOM June 2011).

The European Agency for Safety and Health at Work reported that over half of the 550 million working days lost annually in the U.S. from absenteeism are stress related.

It is clear that stress can cause very serious problems. We need to take steps to increase our resistance to it or face the consequences.

Qigong As An Antidote To Stress 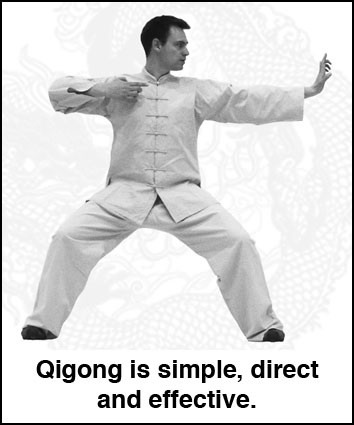 Qigong has been shown to be a powerful antidote to the effects of stress and can even help increase our resistance to stress. Most Qigong consists of gentle external movements, coordinated with the breath and performed in a meditative state of mind.

Qigong is the art of deliberately managing your vital energy. In a nutshell, vital energy (or Qi) is what keeps you alive and allows you to do everything you do. The practice is similar to Yoga (but less strenuous) and Tai Chi (but easier to learn) and it requires virtually zero athleticism.

The foundational philosophy of Qigong is Traditional Chinese Medicine (TCM). TCM has been responsible for keeping one of the largest populations on the planet, with one of the longest series of continual records and a high level of culture – healthy, happy and well – for thousands of years.

Here are just a few achievements of TCM that were far in advance of Western medicine:

So just how does Qigong counteract the destructive effects of high cortisol levels in the blood stream? 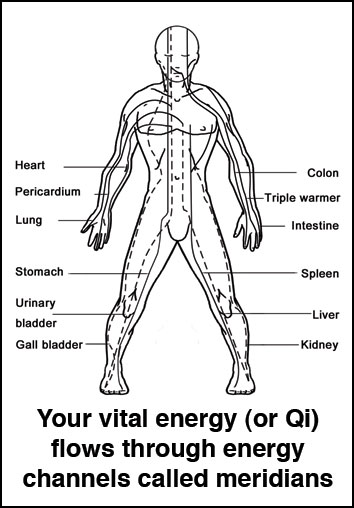 From the TCM viewpoint there is only 1 illness. Regardless of the physical, emotional or mental symptoms, it comes down to a lack of harmonious energy flow through the energy channels (meridians) of your body.

Because your physical, emotional and mental health is the result of harmonious energy flow, anything that affects this harmonious flow will impact your whole experience of life.

This is why it is important to learn how to manage your own energy system.

Qigong is a simple, direct & effective way to manage your vital energy. Kenneth M. Sancier, Ph.D. in a scientific report – ‘Medical Applications of Qigong‘ – published by Alternative Therapies in January 1996, concluded that medical applications of Qigong include:

The main conclusion from many studies is that Qigong enables the body to heal itself – Kenneth M. Sancier.

Additional studies on Qigong find that:

Almost everyone can learn Qigong exercises for maintaining health and self healing. Qigong consists of three core skills. It is these skills that distinguish Qigong from gentle exercise: 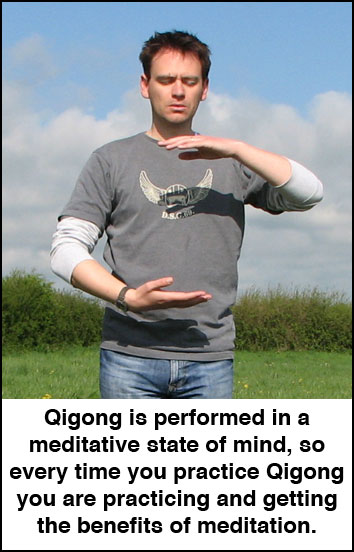 Meditation has a dramatic and positive effect on stress and the physical and emotional problems caused by stress, but – in my opinion – it’s nowhere near as dramatic as Qigong.

In ‘Medical Applications of Qigong’, Kenneth Sancier references two studies that show how alpha brain waves dominate beta waves and spread to the frontal areas of the brain during Qigong practice.

‘According to Kawano and Wang, these differences in brain function suggest that Qigong is a semiconscious process that involves some awareness and activity, whereas Zen meditation is a neutral process that releases the meditator from all concerns. Perhaps because of this difference, Qigong is considered a healing art, whereas Zen is generally not.’

Every time you practice Qigong you are also practicing (and getting the benefits of) meditation, but as Sancier suggests, Qigong is so much more than meditation.

This is one reason why long term Qigong practitioners are largely unaffected by stressful situations.

Understand this: stress is a sign of life. While I don’t believe it is possible or healthy to live a stress-free life, it is possible to increase your resistance to stress.

Learning how to calm the mind is scientifically proven to help you reduce stress, anxiety and worry.

The world does not change when you learn Qigong – things will still happen to you that you’d rather didn’t – and sometimes people will still behave towards you in ways you don’t deserve.

No, the world doesn’t change after practicing Qigong, something even better happens – you change for the better.

There is a science behind Qigong. Scientific laws govern whether you are healthy or ill, energized or tired, articulate or confused, happy or sad – and they are just as exact as those that govern our universe.

Learn to use them and you will be happy, healthy, feel vitalized, find eloquence and perform better at everything you choose to focus on, just as certainly as the force of gravity holds you to the earth.

When I first encountered the research in this article about the effects of Qigong and meditation on stress and stress-induced physical and emotional problems, I knew it was important that I share the findings.

You see, most people will never know that they can learn how to be happy, healthy and full of vitality and that it is no more difficult than learning how to brush your teeth.

Given the darkening world situation, we all need to become more resilient and stress-resistant; and learning how to apply Qigong to ‘stress-proof’ your life
can be enormously beneficial.

There is a saying that ‘into every life a little rain must fall‘ – think of Qigong as your giant golfing umbrella!

[1] These figures are calculated using percentages attained from the National Institute of Mental Health and applying them to the 307, 006, 550 population of the USA – source 2009 US Census Bureau.